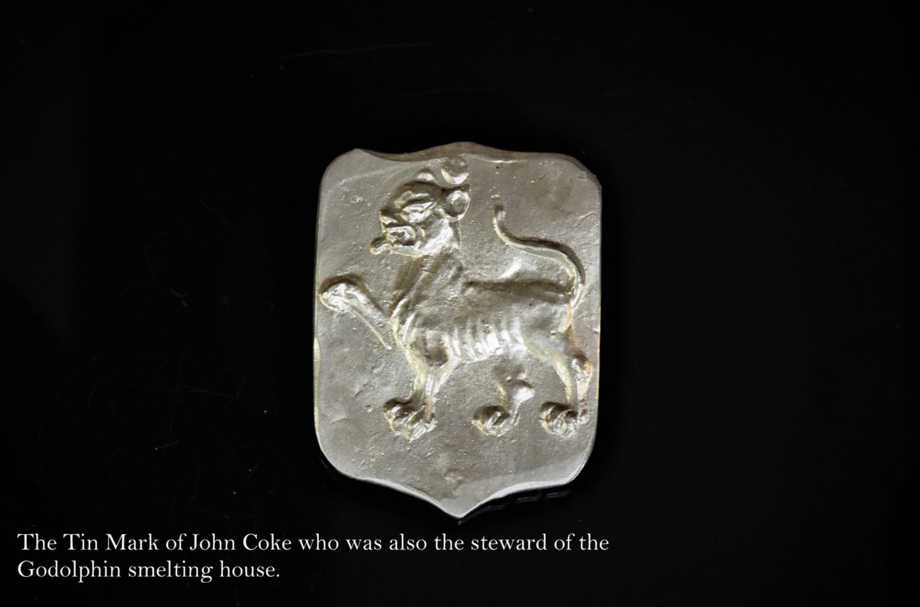 As the title suggests, our plan to cast a full size Cornish ingot has at last started to come to fruition, many years of producing tin from our own source and finding time to produce such a unique item has at last arrived.

The mold has been designed, a large quantity of true Cornish tin has been produced and the loan of an original Cornish Lamb and Flag  hot mark and one of my own design to stamp and  mark the ocassion in 2020 are almost ready.

This page will be updated soon to show the projects progress. 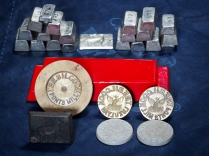 The items required to cast and stamp our 28Lb ingot are shown here.

The red pattern will be used to form the sand mold and 28Lbs of clean tin that has been slowly processed over the years is now ready to melt and pour.

An original and unnamed Davies Lamb and Flag hot mark has been  kindly loaned to me, similar designs are found on all true Cornish Ingots.

The wooden pattern with the family name, the reverse pattern and brass hot mark stamp with the family name are ready to incise the ingot once poured.  The patterns and foundry work were all produced here on site and trial runs on molten tin  on a small scale  worked perfectly and have shown a  clear sharp incised mark.

In fact we eventually decided to produce two hot marks, the Ponts Mill mark will be used on the 28Lb ingot as the tin being used is site specific to this location at Blowing House Farm.

The Luxulyan hot mark will be used to mark a few smaller ingots made from stream tin sourced from the  Luxulyan area.

It was decided to experiment with the hot marks on a much smaller scale before attempting casting the 28lb ingot and it proved to be a wise decision, after several failed attempts and poor marks we  realised that it was not as simple as first thought, the important lesson was the the temperature of the molten tin and the pre heating of the hot marks, this eventually gave us the knowledge to attempt the family ingots which are shown below.

We have also shown two of the larger very rich lumps of brecciated cassiterite similar to the material which they were cast from. 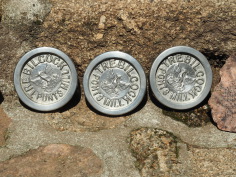 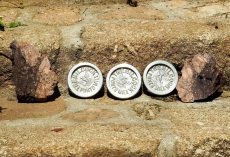 The same family ingots shown together with the typical brecciated cassiterite from which they were made, these piece's are very rich and heavy and far too good to be crushed, they were cut and polished and will remain as specimen material showing stunning sparable cassiterite crystals. 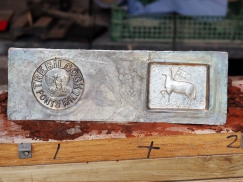 A bright sunny day so we decided to bite the  bullet and melt the tin ready for the pour.

Everything went as planned, my wife acted as second ladle operator and we steadily poured the tin in to the prepared sand mold, it took several hours before we attempted to break the mold as the oil bonded sand acted as a good insulator.

The hot marks came out crisp and clear and we are  very pleased with the results.

This shows the ingot just after being removed from the sand mold and with the hot marks still in place.

To be continued when time allows.